The M+M business model has since 2009 been going through a transition process which strengthened M+M’s proprietary part and significantly improved scalability.

Until 2008: Software and Distribution

Since 1984, the year of foundation, M+M acted as a Value Added Distributor (VAD) for Autodesk software, while continuously increasing the development of our own CAD/CAM solutions, in order to build up an individual market profile and to be clearly distinguishable from the competition. In this two-segment model, the Distribution volume business naturally dominated group sales, while in the year 2008, the high margin Software segment already contributed nearly half of gross profit and EBITDA, with 210 of the 388 group employees.

In 2008 group gross yield was 25%, EBITDA margin had reached 5.8%, and M+M was in a constant head-to-head race with the Tech Data Group for the title of largest Autodesk Distributor in Europe. 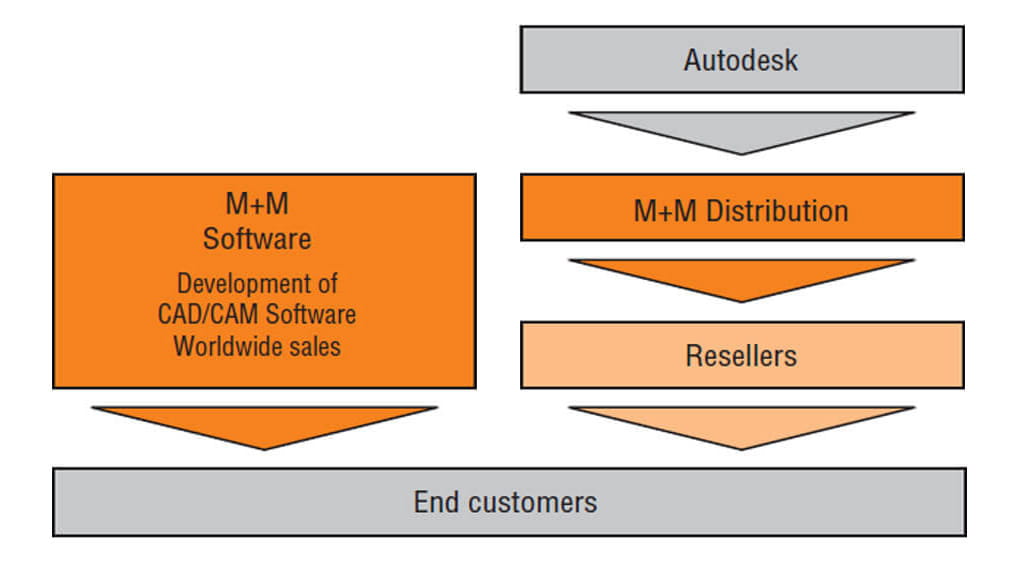 In 2009, a third segment ‘VAR Business’ (Value Added Reselling) was formed. In the course of the ‘Market Offensive’, the M+M subsidiaries in Germany, Austria and Switzerland were transitioned from indirect business to direct selling to end customers, and more than a dozen former reselling partners were acquired.
In 2011, the third year after the start, the VAR segment contributed nearly 40% to group gross profit and achieved a positive operating result EBITDA.
Thus the stage was set for completing the VAD/VAR transition groupwide. As a first step, the European Distribution business was sold to the Tech Data Group by the end of 2011, while M+M kept the subsidiaries in France, Italy, UK, Poland and Romania with approx. 70 employees. 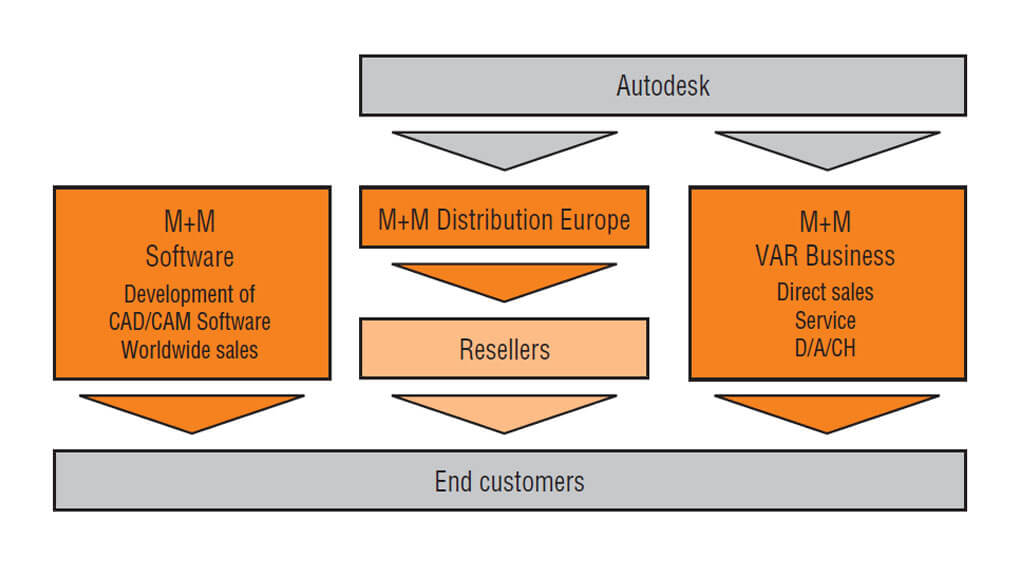 Since 2012: VAD to VAR transition in Europe

On this foundation the European M+M VAR Business was built up, accompanied by reselling partner acquisitions in I, F and RO (‘Market offensive II’).

Due to the concentration on the high margin Software and VAR segments and the lower weight of the reselling business, the group gross yield since clearly exceeded 55% (2008: 25%). The  EBITDA margin amounted 14.9% in 2019 (2008: 5.8%) - in the mid term more than 18% should be achievable.
The main transition target to significantly grow the proprietary part of gross profit has been convincingly achieved: While the contribution of M+M Software and services had been less than 50% until 2008 (and less than 25% in 2001), it is more than three quarters since 2016. 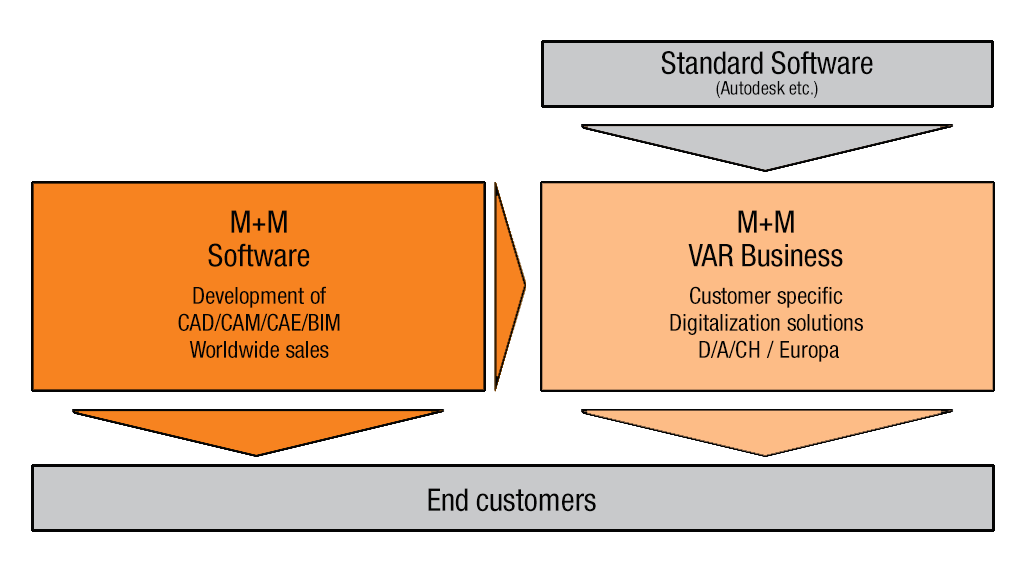